How could anyone have imagined 50 years ago, when I made the first field recordings of R.L. Burnside and Otha Turner, that I would now be writing about some blues artists who traveled from FRANCE to make some field recordings of —and WITH— R.L.’s and Otha’s GRANDCHILDREN! The resulting album, Murdy Gurdy (titled after one of their instruments, a traditional French one called a hurdy gurdy), is so beautifully innovative that I have enjoyed listening to it repeatedly. Cedric Burnside and Sharde Thomas (and Cameron Kimbrough) were obviously inspired by this fresh approach to Hill Country Blues, and they sound great in these one-take, highly spontaneous recordings done on location (with rather more sophisticated equipment than I used in 1967). Since two other Hill Country artists I recorded back then, Fred McDowell and Jessie Mae Hemphill, had no grandchildren carrying on their music, the French trio, Hypnotic Wheels, recorded their own highly energetic and unique versions of “Shake ‘Em on Down” and “She Wolf.” Tia Gouttebel is the singer and guitarist, and may be the most innovative blues musician solidly grounded in tradition performing today. 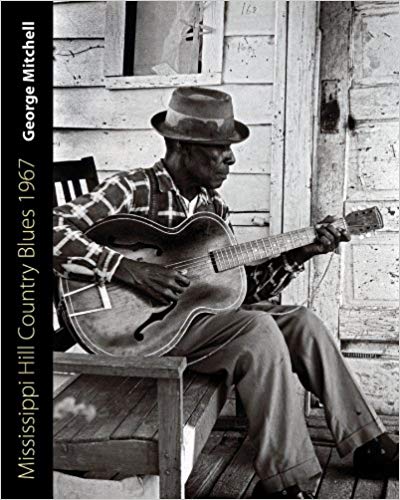 George Mitchell has written several books, the latest being Mississippi Hill Country Blues 1967 which includes a collection of a hundred black and white photographs, released in 2013 by the University of Mississippi Press. Before, he published Blow My Blues Away (Louisiana State University Press, 1971), I’m Somebody Important: Young Black Voices from Rural Georgia (University of Illinois Press, 1973), Yessir, I’ve Been Here a Long Time: The Faces and Words of Americans Who Have Lived a Century (E.P. Dutton, 1975).